The story of DanFish International

Ever since 1974, when the first fishing exhibition opened its doors, large-scale events designed for fishing professionals have been held every 2–3 years, with the emphasis on solutions for the fishermen themselves, their boats and their fishing equipment

The Fishermen’s Own Exhibition

Ever since 1974, large-scale events designed for fishing professionals have been held in Aalborg every 2–3 years, with the emphasis on solutions for the fishermen themselves, their boats and fishing equipment.

Located in the North of Jutland, Denmark, the city is the geographical centre for more than half of the fishing professionals registered in the country. From the very start, the event has been marketed as “The Fishermen’s Own Exhibition”.

In 1993, the event organisers entered into a working relationship with the Danish Ministry of Foreign Affairs centred on involving embassies and consulates around the world to attract overseas visitors to the exhibition. This scheme was intensified in 1996, when the name of the exhibition was changed to the more globally inviting “DanFish International”, and around DKK 500,000 was made available to promote such visits.

The change of name also highlighted the international aim of the exhibition, and development in this direction has continued ever since.

The target group for the initiative originally featured 18 countries. It proved a great success, in that delegations from 16 countries – numbering 140 people in total – participated in the event.

Since 2007, invited purchasers are selected in partnership with the Danish Export Association and in 2019, overseas delegations comprised around 100 people from 25 countries.

At all the exhibitions in Aalborg, the total stand area – which currently amounts to approx. 9,000 sqm – has been completely sold out.

Expansion of the number of exhibitors has naturally translated into a corresponding broadening of the exhibition area, which now encompasses a mobile hall in the neighbouring facility: Kildeparken.

“It costs us DKK 360 per square metre, with a surcharge for every light fitting, etc. But it’s well worth the money,” remarked one of the 200 or so exhibitors at the “9th International Fishing Exhibition” held in Aalborghallen in October 1977 to a local newspaper reporter. The reporter had also spoken to a couple of fishermen from Esbjerg who were visiting the exhibition together with their skipper to check out radio equipment. “Of course, we’re also looking forward to experiencing Aalborg’s famous nightlife”, was their comment. The exhibition attracted almost 20,000 visitors that year, largely industry professionals. The event was opened by Svend Jakobsen, Danish Minister for Fisheries at that time, shown here (centre) looking at new buildings outside the hall.

At all the fishery exhibitions in Aalborg, the total stand area – which currently amounts to approx. 9,000 sqm – has been completely sold out.

The group meets every 5–6 months to discuss status, exchange ideas and distribute assignments.

Since 2007, invited purchasers are selected in partnership with the Danish Export Association and in 2019, overseas delegations comprised around 100 people from 25 countries.

AKKC is one of the largest and most flexible culture, congress and exhibition centres in Scandinavia, and has more experience with exhibitions than most other venues.

Around 10–12 exhibitions are held at AKKC annually, and the centre is justifiably recognised for its extraordinary professionalism and a level of service that is second to none. This means that both new and more established exhibitors are always in good hands! 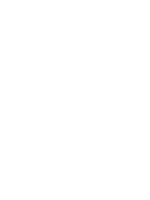 Sign up to receive our newsletter and get news about DanFish International directly in your inbox.

Thank you for signing up!

By signing up, I consent to AKKC sending me news emails in the future. The newsletter can be unsubscribed at any time via the link in the newsletter.